The Industrie 4.0 initiative is already ten years old. A platform has been established, standards have been jointly defined and successfully tested. Pilot projects abounded, and numerous approaches are already productive, albeit almost exclusively in the area of production, maintenance and logistics. The fact that no further progress has been made is primarily because SMEs are not on board. In practical terms, the needs of SMEs have not been considered.

The digitalization of the manufacturing industry was by no means done with the introduction of IT in all sections of the value chain, i.e., with the digitalization of existing processes and work steps. Even if industry in Germany (or D,A,CH) was and is particularly successful in this regard. Hardly anywhere – apart from Japan and the electronics industry in Asia in general – are processes and products as extensively digitalized as here. But it’s still the old products and the old processes that are digitalized. New business models – the business with data and services based on connected products – are hardly to be seen anywhere. And if they are already there, little business is being done with them. Far too little. 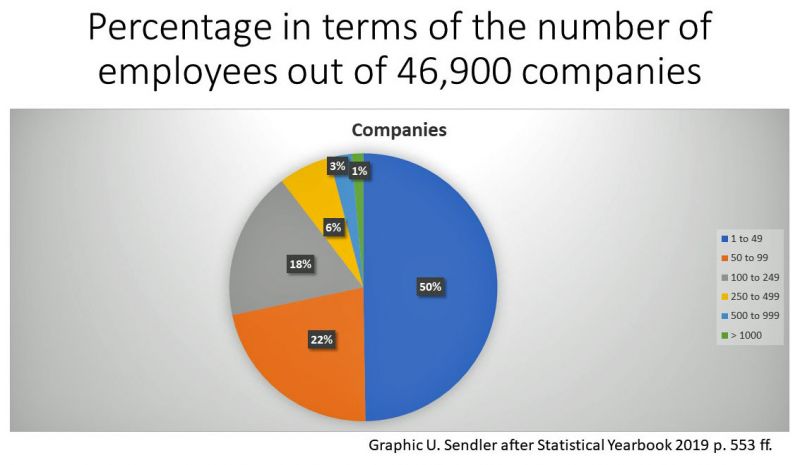 What’s the reason for that? The industry hen has to be a certain size to lay an egg like Industrie 4.0 and the associated standards. That requires research, and for that, even if a company is working with public institutes and bodies, it must have at least one or two employees who are primarily concerned with that. Exactly half of all industrial companies in this country have fewer than 50 employees. These employees are all needed for day-to-day business, product development and production. There is none left over for research. Of the total R&D expenditure in industry, only 13 percent is accounted for by companies with fewer than 500 employees (Industrial value chains – How important is industry?, BDI 2013, p. 17). So, the industry hen apparently needs a size of many hundreds or thousands of employees to lay and hatch Industrie 4.0 eggs. 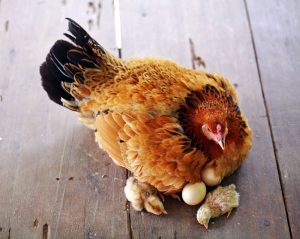 Now it has been laid, the chicks hatched. But they don’t want to grow and reproduce themselves. The problem is that the large companies – also with the help of subsidies – are able to drive forward standardization and bring Industrie 4.0 to a certain level of maturity. But Industrie 4.0 will only really become a reality when the extended value chain is involved rather than individual companies each working on their own with it. And SMEs play a pretty decisive role in this.

The BDI study cited above attributes the success of Germany’s industrial SMEs to the fact that “they specialize in manufacturing individual, high-quality niche products.” And in doing so, it often serves “regionally limited or very specialized markets.” A large machine tool manufacturer gets the holder for the cutting insert from one SME, the tool itself from another, and the clamping device from a third. The large automation supplier makes the drives for machines and devices, but an SME is more likely to provide the electrical connection.

The small companies in this country are excellent at developing and producing their high-quality niche products. This can also mean that they use a digital twin of these products and deliver it with the product. But often, systems thinking just stops at their own product. The company’s own niche product may already be seen as a system, it is equipped with sensors and actuators, and software and networking play an increasing role in its function. But the overall system view of the end product, the machine, the plant – that is usually the responsibility of the large manufacturers. But that’s not how Industrie 4.0 works.

In the future, every product will be a system among systems. New business models, platform economies and value networks can only be successfully implemented if everyone in industry adopts this overarching system perspective. The fact that the large company has mastered the administration shell of Industrie 4.0 is of little use if its many smaller suppliers cannot do anything with it.

So, we are at an important point with the digital transformation of industry. The vast majority of small and medium-sized enterprises must be supported by every conceivable means in taking the step into the digital industry. Not just for the specific niche product, but as probably the most important partner in an industrial platform ecosystem that, after e-commerce, will now offer the world the industrial-grade e-products and related services. If this succeeds, talk of Central Europe being left behind when it comes to the Internet will very quickly cease. After all, there is much more money to be made here than via cell phones and notebooks.

Another topic for a separate article should at least already be mentioned: heavy rain catastrophes like the ones that have just occurred in Ahrweiler and in Henan, China, a pandemic like the one with Covid-19 and the digital incompetence of the administration in the process – the endangerment of our livelihoods and our lives, which is mainly caused by our economic activities that have so far been geared exclusively to short-term growth, can only be stopped if industry in particular puts sustainability first. This will not be possible without their digital transformation.

← Previous News: Top dialog of the research advisory board of the Industrie 4.0 platform - and where are the SMEs? Next News: Siemens Acquires FORAN Software For CAD/CAM/CAE In Shipbuilding →