What are the most serious consequences of the pandemic, Dr. Theis?

Interview with Dr. Karsten Theis, Member of the Executive Board of PROSTEP AG, August 18, 2020

Ulrich Sendler: Dr. Theis, even before the shutdown in March, you said: “The situation can only be mastered through agility”. What did you mean by that?

Dr. Karsten Theis: At that time, we didn’t know what was in store for us, that our customers’ business would be so shaken up and that we would have to change our working methods so quickly. But we had already seen for years how everything was changing faster and faster. That’s what the buzzword VUCA stands for (abbreviation for volatility, uncertainty, complexity, and ambiguity, editor’s note). Our field of activity is mainly product development in the manufacturing industry. The lifecycles of the built-in technology are shorter than those of the software with which it was built-in. At the same time, customer expectations regarding digital functions are changing dramatically, especially for industrial products such as machines and systems. The pandemic has intensified this. You must position yourself in such a way that, in terms of technology, business field and business model you are able to keep pace. Right now, that means: You cannot ignore the trend towards cloud-based systems. Without knowing what it will be like in two years. Companies need to focus on their strengths, develop their capabilities and organize themselves in such a way that they can react quickly. This is what I mean by agility.

Ulrich Sendler: You also mentioned “digital progress in recent months”. Can you sense the much-vaunted “digitalization surge” among customers?

Dr. Karsten Theis (photo Sendler): For us, it was positive that all customers very quickly switched to digital channels and created organizational possibilities so that services no longer have to be provided on site. This had been technically possible for a long time, but it always failed due to security or other restrictions. Now it was necessary and suddenly also possible, even with medium-sized companies. We now use MIRO software, for example, on a broad front as a virtual whiteboard, because the acceptance is there and working with it is efficient. Tools such as Teams and Jira were already in use before and are now the “backbone” of daily work. We also use LeanIX for model-based work. Especially in consulting projects, we are so well positioned that all projects can be carried out remotely. Strategy consulting or conflict situations are something else. Here there is no substitute for a personal conversation. But for a great many activities, virtualization is now available both in-house and at the customer’s premises. And that cannot be turned back. 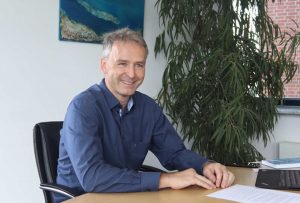 Ulrich Sendler: Is it even possible to see today what effects the pandemic will have on digitalization and new processes?

Dr. Karsten Theis: Not at all. In engineering in the manufacturing industry, both take time. A new PLM project, for example, won’t be on track in just a few months, and product development processes that have been successful for many years will not be changed overnight. Many tools that already existed and many new tools have now been introduced in a short time, and many activities have been converted to virtual processes. A lot has happened in people’s heads. But which of these ideas will really be implemented will not be seen until next year at the earliest.

And to some questions, for example how and with which means and methods the personal contact between the members of a team can be replaced, we still have no answers. Not everything can be replaced. PROSTEP’s mindset and the teams’ sense of togetherness is based on social contacts. These are now painfully lacking. And how do our competent specialists present themselves to customers when there are no conferences and events? That’s where we ourselves are currently looking for new approaches.

Dr. Karsten Theis: There were big differences. Those who had previously worked with cleanly structured, digital processes had a clear advantage. That applies to most of our customers, by the way. But we also work a lot with medium-sized companies, who sometimes work in a kind of hero-based engineering. There are 20 exceptionally good people in the company, and if they work together properly, it works very well. For example, one customer, a market leader in its segment, has always done its entire change process on post-its. Very efficient. But when everyone is at home and doesn’t have the digital Post-it with the change request, nothing works. Something as banal as the change process has been state of the art in PLM systems for many years, and that’s something you should simply have. But the bigger problem lies in the business itself. An airline can be as digital as it wants. If the flights are no longer running, the business collapses. If cruises are no longer possible, the shipyard stands still.

Ulrich Sendler: Was the pandemic helpful in the necessary consolidation of IT landscapes in companies? Did it lead to increased investment in new systems?

Dr. Karsten Theis: There are two types of companies: One is currently standing with both feet on the brakes and sending everyone on short-time work, and the other is using the time. A PLM migration, for example, is something that can be managed much better in such idle times, because in many cases IT is largely switched off and the key players have time. Most of the time, the new system is also about developing new methods, doing something new, developing oneself further. That’s what the right people can do at such a time. Introducing a new PLM system is usually a group project over three or four years. Some of these projects have now been continued, but some have also been stopped.

Ulrich Sendler: Has the acceptance of cloud services improved?

Dr. Karsten Theis: Distributed working worldwide is not new, but it has been greatly accelerated. Engineering has been digitalized for decades. Now the trend is cloud computing, even among medium-sized companies. Some are still worried about their IP, but more and more are saying that it is more secure in the cloud than in their own network. Some of our customers want the data in Germany or Europe, but that’s not a problem because that’s what the offerings are for.

Ulrich Sendler: What does the pandemic change in terms of globalization? 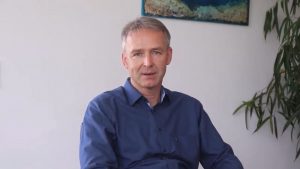 Dr. Karsten Theis: Travel has naturally become less frequent. Despite our US subsidiary, I do not fly to the USA at present. But global supply chains and distributed working, also and especially in engineering, will continue to exist. I even think that the pandemic is driving globalization even further, because remote collaboration is now normal, processes are further optimized and human reservations are reduced.

Ulrich Sendler: Does Corona accelerate the change of your customers to new business models, such as service instead of product sales?

Dr. Karsten Theis: In people’s minds that’s there, but the pencil is sharp. And there are counter-examples right now: For many years, aircraft engines have been paid by the number of flight hours. If the aircraft no longer takes off, that becomes a problem. We have a mechanical engineering customer in the wood industry who has billed his machines based on operating hours. If the major customer stops production, that becomes a problem. Pay per use is risk sharing. And there are two sides to the risk, which are more obvious in a pandemic than in normal operation.

Ulrich Sendler: In your opinion, what are the most serious consequences of the pandemic? Dr. Karsten Theis: The economic consequences are the most massive. There will be quite a few losers. For one supplier who recently made major investments, all the traffic lights are red. In the short and medium term, there will be major structural shifts in the automotive industry and in the mechanical engineering supply industry. But Corona will only accelerate what was already apparent before.

I have already mentioned another consequence: Corona is accelerating cloud-based distributed development worldwide. There will be a lot of activity, especially in end products with connected applications. What has been initiated via home office and virtual meetings will bring a lot of change and new tools like virtual TV studios or digital whiteboards.

Then things will shift internationally. I see China as a winner. There, the industry is already running at full capacity again. On the other hand, I fear that the USA will come out as the loser. There, the wrong and missing measures of the government will cause huge damage for several years to come due to the ongoing pandemic, which is irreparable. In the short term, there will be mass layoffs and also re-employment in the USA, but the economic structure will be weakened overall. And Germany or Europe? That is the big question. All in all, this has been handled quite well in our country, and we are very pleased with the political reaction here. But we still have to find a new position vis-à-vis China and the USA.

Another consequence is that the on-site presence of both employees and external service providers can no longer be kept going. PROSTEP will have more employees in the same office space. We are growing, but not the office space. And this is also where the legislator is called upon. There will have to be clear rules for working from home. Many things are also unclear in terms of tax law.

Dr. Karsten Theis: PROSTEP AG has 280 employees worldwide. There have been no layoffs, but short-time work has been introduced for 12 to 15 percent of the workforce, with a downward trend. We do not want to give up this instrument either. It remains very difficult to predict what will happen in the second half of the year and beyond. The order backlog from the first half of the year is currently bearing fruit, but business has completely collapsed with some customers. Some orders have been cancelled completely, and several projects are on hold. There are cutbacks at major customers and fewer new orders.

Ulrich Sendler: How do you think PROSTEP will emerge from the pandemic?

Dr. Karsten Theis: We are hiring people. We will get good people again. Before Corona, it was practically impossible to get new employees. Now, for once, we have an employer market. From this side, we will definitely emerge stronger from the pandemic. Economically it is still difficult to foresee. The order backlog for 2021 is lower than it was at the beginning of this year. But it’s simply the case that digitalization, our main topic, will be intensified by the pandemic, and to that extent we will come out stronger. We were online with our services very quickly, and that has certainly strengthened our position with customers.

← Previous Interview: What impact does the pandemic have on Dassault Systèmes and your customers, Mr. Löckel? Next Interview: How Are Automation And Digitalization Helping In The Corona Pandemic, Mr. Helmrich? →