Top dialog of the research advisory board of the Industrie 4.0 platform – and where are the SMEs?

Ten years after the launch of the Industrie 4.0 initiative, Professors Kagermann and Wahlster, two of the initiators, had already published an FAZ article at the end of March in which they claimed an all-round success. Now a top dialogue was to confirm this on June 16. And if one reads the FAZ of June 18 to it (and the comments under it not), then this succeeded. If one had tuned in, one saw something else. And the SME sector, the heart of the industry, did not even get a chance to speak. 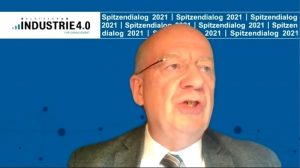 Wahlster (Screenshot Sendler) formulated his assessment at the beginning of the virtual dialog with a strange yardstick borrowed from soccer, which the FAZ quotes: “The first half can be characterized by the fact that we first digitally recorded, transferred and stored all production data. That is a matter of course today. But now, in the next half, we will add the comprehensive digital evaluation and use of this data by means of artificial intelligence (AI) to enable zero-defect production.”

Here’s the comment from FAZ reader Fred Meier: “We’ve captured “all” the data? Really?” Indeed. Perhaps Fred Meier is working in the SME sector and knows what digitalization is all about. Not even fast Internet access is secure in Germany outside the metropolises. It boggles the mind when someone with Wahlster’s knowledge claims that “all production data in companies is digitally recorded, transmitted and stored” and that this is “a matter of course today”. That is not true for the big companies, and even less for the heart of industry, the SMEs.

For 2018, the latest figures from the Statistical Yearbook say: 46,900 companies in mining and manufacturing employed 6.4 million, or 21.4% of the total workforce of 29.9 million. What is little discussed in public: Of the 46,900 companies, 89.5% were SMEs, i.e. companies with fewer than 250 employees. If the medium-sized companies with up to 500 employees are included, these small and medium-sized enterprises accounted for as much as 95.8% of all industrial companies. The smallest company to have a say in the top dialog was Wittenstein, with just under 2,900 employees in 2020, making it one of the 1.4% of large companies with more than 1,000 employees.

Also from large companies, we trade journalists are occasionally invited into halls where not even all of the most important machines are connected. Not to mention the collection, transmission, and storage of their operating data. 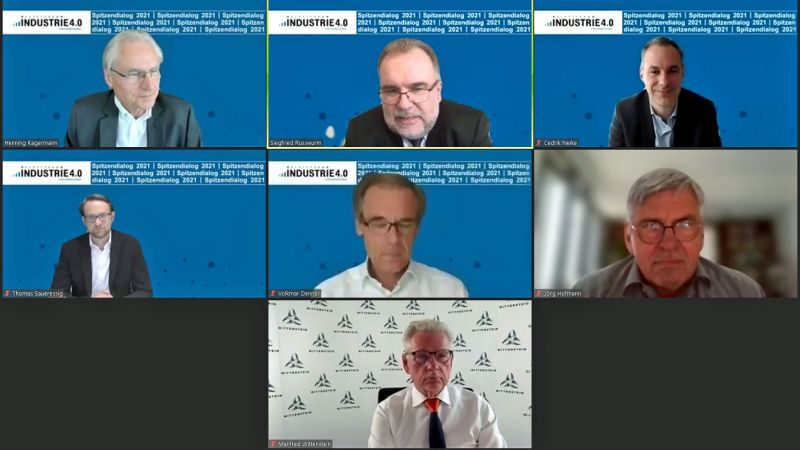 But even if that were the case: So that would be the first half? Ten years of Industrie 4.0 to have production data available digitally? And the second would now be “the comprehensive digital evaluation and use of this data using artificial intelligence (AI) to enable zero-defect production”? Zero-defect production as the ultimate goal of a twenty-year initiative with the slogan of a fourth industrial revolution? I once thought this initiative was good and believed it would be possible to clean up some of the flaws inherent in the concept as implementation progressed. Now I see that the approach itself was fundamentally wrong. That the wrong experts led the implementation. And that the wrong companies were and are involved. And that everyone is allowed to lie quite a lot into their pockets with impunity.

The FAZ apparently took away an important wake-up call from the top-level dialog: “For Germany and Europe, (…) it must be a matter of becoming or remaining a leader not only in key industrial technologies, but also in the standards used. “Otherwise, we will end up with 100,000 digital twins that want nothing to do with each other,” emphasized Siemens board member Cedrik Neike. SAP board member Thomas Saueressig reiterated that technological “eco-systems, not ego-systems,” are needed to ensure that.”

There the heads of Germany’s two largest software providers sit and find nice words for the fact that all companies should please make their systems the standard. And who should not have an ego system? The customers? The users? 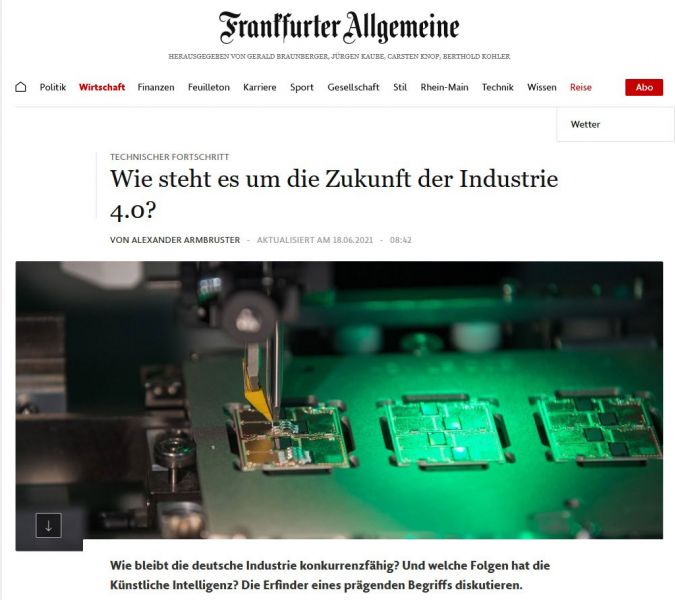 The FAZ goes on to say, with reference to statements made ten years ago by Prof. Russwurm, who was then a Siemens board member: “For German industry as a whole, it is a matter of defending its leading position in many areas, said BDI President Siegfried Russwurm. “We want to remain the production preparer of the world.” A key to that, he said, lies in increased collaboration between companies, large and small.”

Do entrepreneurs really want to be ” the production preparer of the world”? Isn’t it about making Made in Germany a globally recognized brand also for digitally connected products and business models based on them? That was my idea of Industrie 4.0, and it was also seen in many countries – USA and China included – as the new challenge from Germany ten years ago. Now the whole thing seems to be dissolving into mist. Those responsible were probably only interested in a further phase of automation and standardization of logistics and production, and a few percent more efficiency. So, it’s no wonder that the concept of Industrie 4.0 is no longer one of the top topics when entrepreneurs talk about the future.

The FAZ article began with the questions: “What about the future of Industrie 4.0? How will German industry remain competitive? And what are the consequences of artificial intelligence?”

The answers could sound like this: Things are bad for the future of Industrie 4.0 as long as it is not aligned with the most important part of industry, the SMEs, because they have the flexibility that is now needed to launch into the digital age. How can German industry remain competitive? The only way is to move to digital, connected products and value creation based on their data. But it is still very far away from this in very large parts, even ten years after the initiative was launched. What are the consequences of artificial intelligence? The question shows the lack of understanding that underlies many FAZ articles on AI. AI is a tool, and a tool has no consequences. It can be used. In this case, if you know what you want to teach AI in industry.

← Previous News: The Power Lies In The Medium-Sized Industry Next News: Industrie 4.0 Won't Work Without SMEs →