Half a century of Computer Aided Design – What does CAD mean today?

CAD: It’s not just a tool that engineers use to design products. More than any other technology, CAD stands for the beginning of the digitalization of industrial processes and the penetration of the entire industry with the digital.

And although CAD has not been the main driver of innovation for decades, it has not ceased to be at the center of all efforts that today have “Digital Transformation” as their headline. That, not nostalgia, was the motive for this series in “Background”.

Transforming industry digitally, in other words above all: developing new business models that rely more on data-based service than on production and product sales, would not be possible without the digital twin in the form of the geometric data of product and production plant, of machine and tool, of factory floor and application environment. That is, none of this would be possible without CAD, because for the industry, a core of the digital twin is the CAD model.

There would also be no 3D printing, to name an entirely new manufacturing method that could only develop based on CAD. There would be no automated NC programming, no on-screen assembly inspection, no finite element calculation of highly complex components that is simple and accessible to almost anyone. CAD as the conversion of product geometry into a digital computer model was the starting point for a multitude of new technology developments, which with augmented reality (AR) and virtual reality (VR) are certainly not over yet.

In many other branches of the economy, in insurance and banking, in retail, in logistics and generally in transportation, it may be possible without CAD. There, data on order fulfillment and fleet utilization, inventory levels, capital reserves, and more are what matter. But not in industry, which manufactures and supplies consumer goods, machines, plants and other things. Nor, for that matter, in architecture and civil engineering, but this background series is limited to CAD in the manufacturing and process industries. 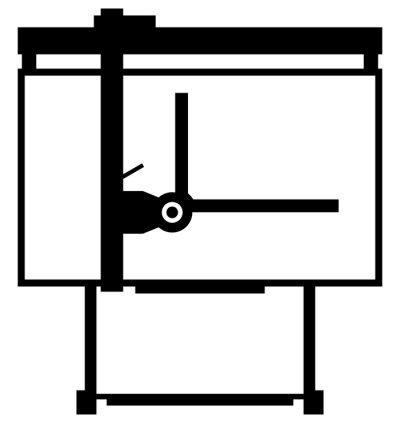 The beginning: Geometry data of the product

One of the first, because most noticeable and widespread thrusts, was to streamline design. The drawing board was replaced by work on the computer screen, and technical draftsmen were replaced by CAD users. This started in the seventies. Good reasons were the high costs in design and the long time it took for a product to go from idea even to production.

In fact, it took a very long time before a technical drawing created by hand could be released. And no further development step could be taken before its release. Correcting a small radius in any view or several could keep technical draftsmen busy for hours or even days with razor blade and ink pen. It was expensive, cost a lot of time and, in fact, nerves of the draftsmen. It was an unpleasant routine activity. With CAD, it wasn’t just supposed to be faster. Once approved, the drawing was ready for reuse digitally, with the same accuracy as the original.

Yellow lines on a green screen

This was an important motive that gradually moved large industrial companies to develop their own CAD systems with the available computers, programming languages and graphics screens. But even at the beginning, the potential of CAD for CAM, CAE and simulation of all kinds was on the agenda. Even if in the first years many thought that these were only application areas of a few specialists. Which in the course of time turned out to be an enormous underestimation.

There were graphic screens on which geometry appeared in bright lines on a dark green monitor. Programming was done on another computer, which had an input keyboard for alphanumeric characters and sent the data of compiled programs to the graphics screen. Computers were first mainly mainframes and from the eighties various middleware systems and UNIX workstations. The PC arrived in the middle of the decade, and on it initially ran mainly general office software, CAD being one of the last fields of application.

This way in which CAD gained a foothold in industry is very typical for the way in which the digital generally penetrated one area of life and work after another. First, the computer is used as a tool to support or replace manual activities that have been tried and tested in practice and to which people are accustomed. Therefore, the terms that began with “computer aided” were quite accurate. The computer was used to support, speed up and improve, but that still did not change the process and methodology.

Rise and consolidation of a very special industry

Even for this first stage of CAD, after a few years, industrial companies found that software development for design was not part of their core business, cost a lot, and was not profitable in the long run just for their own use. CAD was outsourced and became a new industrial business field. Companies sprang up until, towards the middle of the 1980s, over a hundred CAD providers formed a separate industry.

The second step was soon the development of 3D surface and solid modelers. They provided data that allowed a representation of the product on the screen that anyone could understand. Spatial imagination was no longer required like when viewing the various views of technical drawings. And 3D modeling was now actually changing the entire methodology of product development.

Most of the CAD vendors’ names are now forgotten and history, even if their products are still the nucleus of today’s programs. Applicon, Cisigraph, Computervision, EUKLID, Intergraph, Matra Datavision, SDRC, Unigraphics, to name the best known of the internationally successful. During this time, German manufacturers also played a not insignificant role, at least in Europe. These included PC-Draft and Ziegler Informatics (with CADDY), and also at the German location of Hewlett-Packard in Böblingen, with ME10 and later ME30 and SolidDesigner, some fairly well distributed systems were developed.

What finally remained, after a consolidation that encompassed the entire market, was a handful of manufacturers that are now positioned worldwide. Autodesk, Bentley Systems, Dassault Systèmes, PTC and Siemens. These are also the names of the manufacturers I have approached for this series. I have already received signals of cooperation from Dassault Systèmes, PTC and Siemens.

(The graphic shows the members of the CADcircle (today sendler\circle) at the end of the nineties with their offerings).

CAD goes to the cloud

Today, CAD is almost unrecognizable. With the almost playful simulation and calculation of 3D models and the possibility of assembling even large, complex products such as cars, machines or even process plants into a digital mock-up on the screen, the 3D model became the central medium of industrial product development. And the more complex the models could become, the more diverse the use of the model data became, the more urgent came the compulsion for electronic data management, at the end of which, with PLM, stood data management over the entire life cycle of a product. Or the digital thread of a product.

CAD has always been subject-specific over all these decades. There was mechanical, electrical and electronic design. Normally, these were and are separate systems with different data models and formats. Only recently has there been increasing pressure in the manufacturing industry to bring them together for interdisciplinary systems engineering.

Now the systems are moving to the cloud or there are once again new ones being developed directly as cloud software. For Software as a Service (SaaS). The CAD workstation of the future is a computer workstation connected to the Internet with a good graphics monitor. The software no longer has to be installed at the workstation or on a company server. It can be used via the cloud. This means that CAD application has become as natural and fundamental in industry as the notebook, tablet PC and smartphone are in society as a whole, and it can also be found on all these devices that are accessible to everyone. 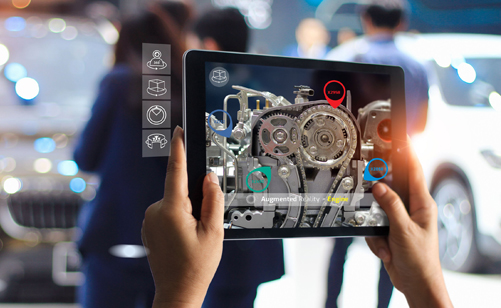 In the individual articles, for which experts or even managing directors are available to me for interview, it is possible to understand what constitutes the DNA of the IT-vendors, what priorities they each set in terms of CAD, and what role they assign to the technology for the future, which was at its cradle more than 40 years ago.