Siemens Digital Industries Software announced July 20 that it has acquired the FORAN software business from the Spanish technology and engineering company SENER. SENER Group will retain its traditional marine engineering business. Siemens plans to add FORAN to its Xcelerator portfolio.

While Siemens mainly mentions sustainability requirements in shipbuilding as an important reason for purchase in its press release, Hartpunkt, ‘The Monitor for Defence and Security Policy,’ knows that “According to Sener, more than 150 shipyards – including naval shipyards – and development offices worldwide use FORAN technology.  In recent years, it said, the software has been used in the design and construction of Spain’s S80 submarines and F110 frigates, Britain’s Dreadnought-class SSBNs and Type 26 frigates, and Canadian and Australian frigates, among others.” (Hartpunkt)

The Siemens press release from Plano, Texas, which is initially only available in English, only mentions the addition of the new software to the Xcelerator portfolio. There is no mention of a planned integration with Teamcenter, Siemens’ higher-level PLM software, or with NX, its core mechanical CAD system, or with Mentor software for electrical and electronic systems.

Sener is a corporation with 2,350 employees on five continents. How many employees around development and support will be taken over by FORAN and on what terms was not disclosed. 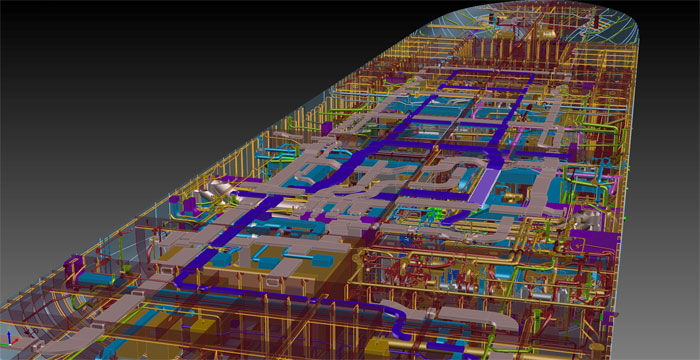