The Power Lies In The Medium-Sized Industry

For years, there has been talk of the digital transformation of industry. What this means for manufacturing companies, what they will use to generate their sales in the future and how they will get there is rarely discussed. At present, there are indications that the roles of those involved will change first and foremost. Large-scale industry may lose its leading role, while small and medium-sized enterprises gain in importance.

Industrie 4.0, Smart Factory, Internet of Things – the list of buzzwords is long and yet says nothing about what is actually happening. Attentive observers who are not satisfied with association announcements and marketing statements by board members will notice incidents that, in their accumulation within a few months and years, are creating a new picture of industry in Germany and Central Europe. 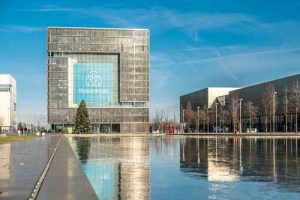 The breakup of ThyssenKrupp (in the picture the headquarter, just finished 2015) into several companies or their complete sale has been underway since the end of 2018. The only thing that is certain at present is that one of Germany’s oldest and largest corporations will cease to exist. With the remaining mass of capital and property – sold in pieces – is apparently different more profit to be made.

Also in 2018, GE had to close the failure of the large-scale project of the industrial service platform GE Predix with its sale. Whether GE itself will survive this failed transformation in the longer term is by no means a foregone conclusion.

In early 2020, ABB didn’t just get a new CEO. The four previously still coherent divisions became four business areas, which in turn are currently broken down into 21 operationally largely independent divisions. The central research and development department of formerly more than 1,000 experts has been dissolved, and the post of Chief Digital Officer, which had been established only a short time before, has also been abolished again. The large Central European group for energy, robotics and automation is currently breaking itself down into saleable units.

Are the locomotives running out of steam?

These are names that only a few years ago carried considerable weight when it came to outlining the development of the industry in Europe and the world. And indeed, both the development of the discrete manufacturing industry and that of plant engineering and operation. Apparently, they have not only failed to successfully manage the digital transformation. The evolution has made them obsolete.

For many in the industry who are using information technology systems of all kinds to digitalize their processes and products, the size of the IT providers was an important criterion for a long time. If possible, they wanted to obtain their software from companies that were expected to have a long service life and thus a long availability of their software. For example, Siemens and SAP, to name the two companies that are by far the largest German software providers and are also among the market leaders internationally. Two that have continued to increase their size through immense acquisitions over the past decade and a half.

Now both groups have moved their central marketing to the USA. In Germany, there is little or no budget for local and regional marketing, and decision-makers are sought after for a long time, often in vain. However, marketing is the area of a company that examines the markets, i.e., the customers, in order to be able to provide them with the best fitting products. The lack of marketing in Germany could therefore indicate that the needs of German industry are no longer as important to those responsible at SAP and Siemens for product development and the orientation of the software portfolio. At least not more important than those of other industries in the world. Perhaps they don’t even understand the difference.

The problem is that, like Japan, German industry is much further along in the development and digital management of its mechatronic products and processes than most other countries. This naturally results in a different demand for software solutions. Will that be satisfied in the future? Or should they take what sells best worldwide?

The strengths of medium-sized companies

On the one hand, a medium-sized company whose managing director still has a direct connection to the product and the workforce is much more flexible when it comes to new business models and processes. On the other hand, he looks for contacts at the suppliers of important tools such as IT and AI who take his particular needs seriously. In the future, they should look less at the sheer size of suppliers – which, after all, tends to indicate low survivability – and more at how well they understand their needs.

Times are getting tougher. But they also offer the opportunity for a renaissance of smaller and medium-sized IT suppliers that focus on the special features of the Central European region. The industry in the German-speaking region still provides a whole squad of global market leaders, especially in the B2B market for capital goods, but also in areas of complex consumer goods such as white goods or vehicles. Perhaps they will gradually be joined by a squad of globally successful, medium-sized IT providers. Currently, PROCAD and CONTACT Software stand out here, both with 250 employees and internationally successful. 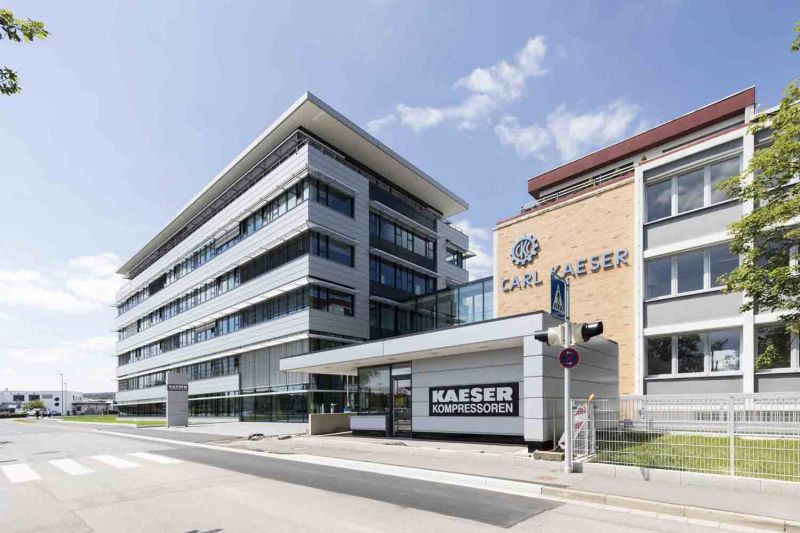 But neither the manufacturing companies nor the IT manufacturers will find their solution on their own. More and more, networking is playing a role. Together with similarly structured and organized companies and in good cooperation with regional industry-related research – the example is it’s OWL in OstWestfalenLippe – it will be possible to clear the digital jungle and forge a viable path, at the end of which sustainability will also be successfully managed. And product-based services based on networked, durable, smart products will lead to a new kind of value creation. To move in this direction, there is now an initiative on its way. To ensure that industry remains the heart of the economy in our latitudes. Read a kind of an Elevator Pitch on my homepage.

← Previous News: Siemens buys Nextflow Software Next News: Top dialog of the research advisory board of the Industrie 4.0 platform - and where are the SMEs? →