ECS Engineering Consulting & Solutions GmbH is changing its positioning as an IT and service partner for industry. The long-term PLM expert and partner of Siemens and PTC, among others, is strengthening its offering, especially on the Internet of Things (IoT) and Digital Thread environment for the entire value chain. Among others, with the new Director Digital Business, Larry Terwey, as Ralf Steck already reported in EngineeringSpot.

There are many reasons besides Corona that the industry is currently thinking particularly hard about new directions, business models and the right and most urgent investments. The main trend of digitalization is not, or only rarely, in question. But engineering is in danger of not remaining in focus as a central field of application in line with its importance for the future of industry companies. 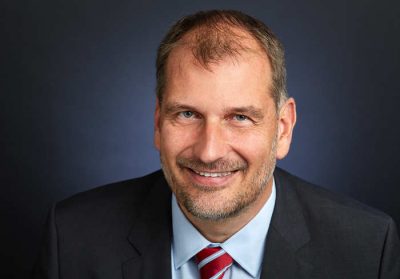 Larry Terwey brings more than 10 years of experience from projects on the Internet of Things at leading providers such as A1 Digital, Axeda, ThingWorx, PTC, Microsoft or Accenture. And he knows the industry and also some providers of industrial software from the inside, from Nemetschek to Dassault Systèmes.

Now, when he is called to customers, it is not uncommon for them to be small startups that have some good idea for a new technical solution or service. But what they need to bring this solution to today’s market is something they lack experience in. That’s where Larry Terwey can help. He knows the players and knows which ones can be relied on in the meantime. But even more important to him is that the customer actually makes his idea fly. The end-to-end, the digitalization from the idea to the user of the idea’s result in practice.

Sometimes, however, it turns out that these new customers have neither a PLM system nor a corresponding strategy but could use something like this in connection with a product-based service. Then the path to PLM sometimes goes via IoT, and not the other way around. But in Larry Terwey’s view, the normal case is that IoT and digitalization is a field all of its own, which does not necessarily come from PLM or lead to it. 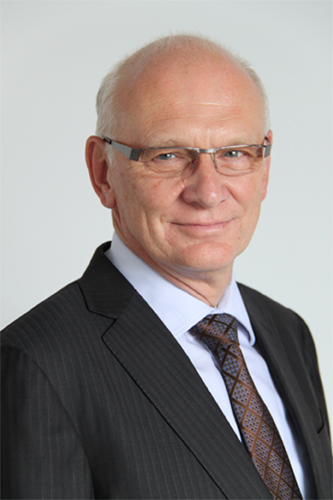 ECS has – in response to the changed demand situation – now formed a business unit “Digitalization and IoT”, which Larry Terwey heads. ECS in Neumarkt offers system integration, implementation and customizing of PLM solutions such as Teamcenter and Windchill as well as its own solutions and services around PLM, CAD/CAM and simulation. With Polarion (ALM), MindSphere (IoT, Cloud) and Mendix (low-code platform), the Siemens portfolio has also shifted in the direction of Iot and digitalization, as it has at PTC with ThingWorx and Vuforia. At ECS, more than 90 employees with relevant expertise are now ready to support the industry.

“Initiatives for IoT enable companies to set up their internal processes more efficiently and flexibly with the help of the Industrial Internet of Things (IIoT), right down to batch size 1. However, IoT technologies also make products and business models smarter and thus more future-proof,” Larry Terwey is quoted as saying. “In all of these tasks, my team and I stand by our customers – from the selection of a worthwhile use case to the rapid implementation of the first proof of concept to the step-by-step transformation to an end-to-end digitalized enterprise.”

For Wolfgang Dietzler, CEO of ECS, digital transformation today is not synonymous with the implementation of large systems capable of controlling all processes and providing all data of the digital thread at one point. In a call he says: “Sometimes it’s the Internet of Things and some small, cloud-based solution, sometimes it’s solutions quickly switched to production that get their data from sensors or devices and are easy to operate via an app. And sometimes it’s the combination of the new solutions with the ones that have been installed for a long time. We are not fixed and try to help the customer find his way.”

← Previous News: Cideon On Record Course With ECTR Full Integration To SAP Next News: EPLAN Virtual Fair To The Sixth →